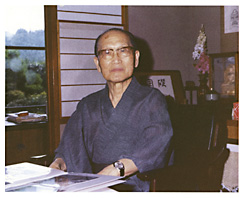 The business will be temporarily closed at the end of 2018.
Until December 22, we will introduce the collections of the Fukushima Museum of Art from various angles.

We will also introduce the collections under investigation. (☆ is the first public work)
During the period, tea utensils, flower utensils, writing tools, Buddhist statues, dolls, folk crafts, etc. will be exhibited.
The work is subject to change. 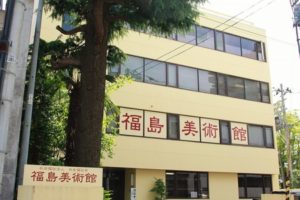 The Fukushima Art Museum, which is located in Tsuchitoi, Wakabayashi-ku, Sendai, is a private art museum (approved as a museum-equivalent facility) operated by the social welfare corporation Kyosei Welfare Association since 1980.

This time, the business will be temporarily closed at the end of 2018. Many people have visited the museum since it opened. In addition, when the museum was closed due to the Great East Japan Earthquake that occurred in March 2011, it was reopened with the support of many people from all over the country through the “Nanafuku Picture Postcard Fundraising”. Thank you very much.

The Kyosei Welfare Association is an organization that operates welfare facilities for the severely disabled, but its founder, Sadazo Fukushima (1890-1979), hoped to contribute to society from both aspects of “welfare and culture.” A part of the site of the Fukushima residence in Dohi will be donated to the Society, and the Life Center will be established in 1973. Initially, it was a facility with culture classrooms and counseling functions. It seems that the creation of a cultural facility that is familiar to people with disabilities and citizens was included from the conceptual stage of establishing a corporation.

In addition, Sadazo donated the Fukushima family’s favorite items, and prayed that they would be open to the public, contribute to the improvement of academic culture, and be passed down to future generations as cultural properties. After that, with the understanding and cooperation of many researchers and related organizations, the year after Sadazo died, the museum will be opened in the Life Center, which was born earlier. The Kyosei Welfare Association inherited that aspiration and named it “Fukushima Museum of Art” to pass on the Fukushima family to posterity.

Most of the collections of the Fukushima Art Museum are arts and crafts that were stored in the three generations of Sendai businessman Sadazo, the owner of the Fukushima family, his father Sogoro Yogoro (1864-1938), and his grandfather Unzo (1820-96). is. Among them, the cultural history of Sendai and Miyagi, such as the works of painters and calligraphers supported by the heads of generations, and the materials that Sadazo received as a result of supporting the Date clan and its Bodhisattva temple, Dainenji. It gives off a sparkle when talking about art history.

Since its opening, we have held special exhibitions and year-round permanent exhibitions from the collection of more than 3,000 items such as books, paintings, crafts, and old books, and have introduced works with the aim of being “close and easy to understand.”

From April to December 2018, we will exhibit about 60 items in each period under the title of “Collection that Fukushima Sadazo loved and left behind” in eight periods. In addition, the “Seven Fukue Postcard Fundraising (finished at the end of March 2018)”, which is kindly provided by all of you, has been used for restoration costs to leave the materials to posterity after the resumption of the earthquake. The materials that have been restored will be reported in sequence by exhibiting.

We hope that the collections will meet you again someday. Please enjoy the exhibition with gratitude and prayer.

■ Gallery Talk Saturday, November 17th, 14: 00-15: 00
Admission ticket required Free participation
■ Recruitment Select the exhibited works of “Everyone wants to see! This work”!
Please apply for the work you want to exhibit by referring to the leaflets and exhibition lists that have been set up in the museum. Applications will be accepted in the application box of the museum.
Recruitment period April 17th (Tuesday) -July 28th (Saturday)